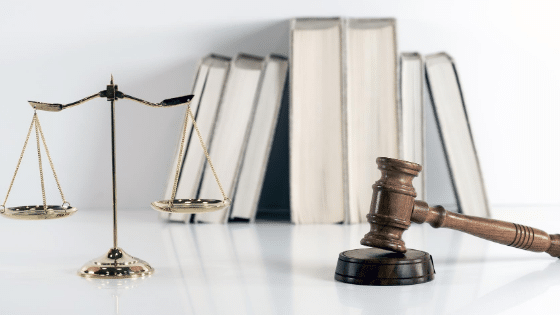 The Court of Appeal decision in Emma McKeown v. Alan Crosby and Mary Vocella [2020] IECA 242 is one that all personal injuries claimants and their advisors should study carefully.  You can see a copy of the full text of the decision here.

At its most straightforward, the case involved a claim for personal injuries brought by a lady, aged 30 at the time of the accident, who was driving her vehicle and was turning right into the entrance of a house when the jeep coming from behind her went to overtake her and collided with her vehicle.  The impact was described as significant and caused damage to the lady’s vehicle which cost approximately €3,000 to repair but the Court noted that the airbags in her vehicle had not deployed.

At the time of the accident, the plaintiff was working as a care assistant.  The injuries that she suffered were soft tissue injuries to her shoulder, arm and back for which she was prescribed appropriate medication and advised to carry out exercises and to attend physiotherapy.  She was out of work for 6 weeks following the accident and was subsequently made redundant.  She acquired alternative employment shortly after this and continued in employment throughout.

An honest and credible witness

In the High Court, O’Hanlon J. found the plaintiff to be an honest and credible witness who did not exaggerate her injuries and who had done all she could to mitigate her loss.  The trial judge seemed particularly impressed by the lady’s efforts to continue working and by the fact that she did not lie down under her injuries.  On this basis, the High Court awarded her €70,000 for general damages, made up of €65,000 for pain and suffering to the date of the trial and €5,000 for pain and suffering into the future.

The medical history is considered in detail in the appeal judgment with the judgment having been delivered by Noonan J. and concurred with by Whelan and Power JJ.  In essence, the Court identified that the plaintiff had suffered two distinct injuries, one to her lower back and one to her neck and shoulder.  The Court found that the lower back injury was in the moderate category and that the neck and shoulder injuries were in the lowest category of minor.

The Court found therefore that the correct figure for pain and suffering to date for the lower back injury was €25,000 and then made a further allowance of €5,000 to take account of the neck and shoulder injuries so that general damages to date amounted to €30,000.   The Court allowed the sum of €5,000 in respect of pain and suffering into the future which it felt, based on the medical evidence, were likely to be of a very minor order.

So, at its most straightforward, this appeal involved the very significant reduction of a High Court award for personal injuries in the amount of €70,000 to the sum of €35,000 by the Court of Appeal.  But what is most significant about this case, and why it is particularly worthy of study by personal injuries claimants and their representatives is how the Court of Appeal arrived at this decision.

The Court placed the Book of Quantum, which is published by the Personal Injuries Assessment Board, at the centre of its considerations in arriving at the final award that it felt was appropriate in the circumstances of the case.

Indeed, the Court of Appeal, in this case, confirmed the view that:  “[i]n complex cases with multiple injuries, [the Book of Quantum] may be of little or no assistance and there are many injuries it does not capture at all, for example scarring and psychiatric/psychological injury.”

However, in this case, the Court of Appeal also stated that: “[i]t does, of course, remain the case that the Book of Quantum is most suited to relatively straightforward cases where the injury falls more clearly into one or more of the defined categories.”

And the Court went on to find that:  “in cases where the Book of Quantum is clearly relevant, it would assist the court’s considerations to hear submissions from the parties about how it should be applied, or perhaps whether it should be applied at all. Recent judgments of this court, such as Nolan v Wirenski, have drawn attention to the fact that it is important for trial judges to explain how particular figures for damages are arrived at, since otherwise the appellate court is left in the dark about the trial judge’s approach and whether it ought to be regarded as correct or not. The review process on appeal would be greatly assisted by reference to the categorisation and severity of the injury provided for in the Book of Quantum, assuming that to be feasible. If on the other hand, the trial judge considers that the Book has no role to play in the particular circumstances of the case, it would be very helpful for the appellate court to know why that is so.”

The Court found that the injuries, in this case, were reasonably defined in terms of categorisation, severity and duration.  In fact, at the outset of the judgment, Noonan J. states quite plainly that this was a relatively simple and straightforward personal injuries claim which had no real complicating factors.  The injuries suffered by the plaintiff were typical soft tissue injuries of a kind frequently seen in the aftermath of a relatively minor road traffic accident.

As such, the Court found that this was a case in which the Book of Quantum had a clear role to play and went on to analyse the injuries suffered by the plaintiff in this case by reference to the factors set out in the book as follows.

Section 3 of the Book of Quantum deals with back injuries and spinal fractures.  It differentiates between five categories of injury: minor – substantially recovered;  minor – a full recovery expected;  moderate;  moderately severe;  and finally, severe and permanent.  A range of damages up to a maximum is identified in each case.

The Court then examined the minor, moderately and moderately severe categories as defined in the Book of Quantum and found that while there was an argument for suggesting that the plaintiff’s back injury fell into the minor category or, at best, between minor and moderate, in deference to the findings of the trial judge in the High Court that she had suffered a significant loss of amenity as a result of having to change jobs, the Court of Appeal classified the back injury as within the moderate category. The range of compensation prescribed by the Book of Quantum for the moderate category is from €21,400 to €34,000.

As regards the plaintiff’s neck and shoulder injuries, the Court of Appeal found that those fell into the lowest category of minor-substantially recovered, where the suggested maximum is €14,800.

The Court of Appeal stated that, as the Book of Quantum itself recognises, where the injuries fall into more than one category, it is not appropriate to simply add up the totals but rather to carry out an adjustment to the overall award to fairly reflect the effect of all the injuries on the person suffering them.

Finally, on a separate note, it is worth paying close attention to the fact the Court of Appeal formed the view that the primary medical evidence relied upon by the claimant, in this case, was provided by a doctor whose involvement appeared to have been arranged by the plaintiff’s solicitors and who had had no involvement in the plaintiff’s clinical care.  The Court found that none of the medical reports relied upon gave details of any treatment afforded by that doctor to the plaintiff and therefore assumed that the claimant saw that doctor for medico-legal purposes only.  This is not the first occasion on which judges have signalled unease at relying upon medical professionals who have not been directly involved in the treatment of the injured party being relied upon as expert witnesses.

The decision in McKeown v. Crosby shows a clear willingness on the part of the Court of Appeal to significantly reduce an award of the High Court which is considered to be excessive and is presumably, in part at least, in response to the campaign of reform which has been vociferously waged by the insurance industry over the last number of years.

Post by John McCarthy
John McCarthy specialises in personal injury and medical negligence claims. His practice focuses on high-value compensation cases. John qualified as a solicitor in 2003 and holds a diploma in civil litigation. This specialist qualification in the area of personal injury and medical negligence litigation, is awarded by the Law Society of Ireland.
@https://twitter.com/ClonSolicitor
Previous Post The “Help to Buy Scheme’ Explained
Next Post We Have Statements of Truth!