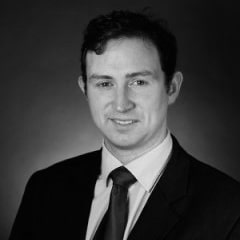 Liam specialises in litigation and court work. He works mainly in support of John in helping people with personal injury and medical negligence claims.

Liam is also a skilled advocate (or in plain English: a court room lawyer). He has a particular passion for criminal law.

Liam started his career in a busy Dublin city centre criminal law practice. There he gained a wealth of experience before the District and Circuit Courts in the Criminal Courts of Justice and Clover Hill, in Blanchardstown and Tallaght District Courts and in High Court bail and judicial review matters.

Liam has a bachelor’s degree in public administration from the University of Limerick and before choosing a career in law he worked in the food processing sector.

While attending the Law Society of Ireland solicitors’ training course Liam and his teammate Joseph McCarthy won the Irish Client Counselling competition and subsequently went on to represent Ireland at the International Client Counselling Competition held in Hong Kong in 2010 reaching the semi-finals.

Outside of work, Liam is a man of many parts. He is an enthusiastic sportsman and enjoys all sports, he “actively(!)” pursues hurling, gaelic football, basketball and rugby (where he will most often be found at the bottom of the ruck). Liam likes nothing more than threading the boards on stage; he loves participating in amateur dramatics. From a farming background, Liam remains close to his roots in his favourite hobby: breeding poultry.