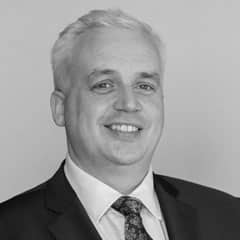 In plain English, this means he helps home owners, or people who want to be home owners trying to buy or sell their homes or investment properties. He deals with the affairs of deceased people and helps bereaved next of kin and executors in dealing with every aspect of the process that commences on a person’s death. He also helps people make their wills.

But what Joseph really does is identify and help solve his client’s legal problems; if he doesn’t have the answer or the problem is outside of his area of specialism, he’ll know who to go to. As a result his clients depend on him a lot and he is a very busy man.

As well as being a qualified solicitor Joseph has a degree in Applied Psychology. He lived and worked in the US for several years and in various locations. He worked in the education department of Associated Builders and Contractors in Las Vegas, Nevada providing support for students of construction-related training and apprenticeship courses. He subsequently worked for Philhaven Behavioral Healthcare in South-Central Pennsylvania with disadvantaged inner-city children and teenagers in the Harrisburg Therapeutic Afterschool Program, becoming program coordinator. Joseph later worked as a Family Counselor for Philhaven Family Based Counseling Services, a program designed to reduce the need for psychiatric hospitalization and out-of-home placement by providing services intended to enable family to remain as primary care-giver for their children.

Joseph returned to Ireland in 2009 and commenced a traineeship in the long-standing and respected West Cork firm of Wolfe & Co., in Skibbereen.

While attending the Law Society of Ireland solicitors’ training course Joseph and his teammate Liam Crowley won the Irish Client Counseling competition and subsequently went on to represent Ireland at the International Client Counseling Competition held in Hong Kong in 2010, reaching the semi-finals.

Joseph is a bit of a techie and is very interested in IT and systems. He is the systems administrator at McCarthy + Co. Outside of work Joseph is married to Denia and has two young girls.