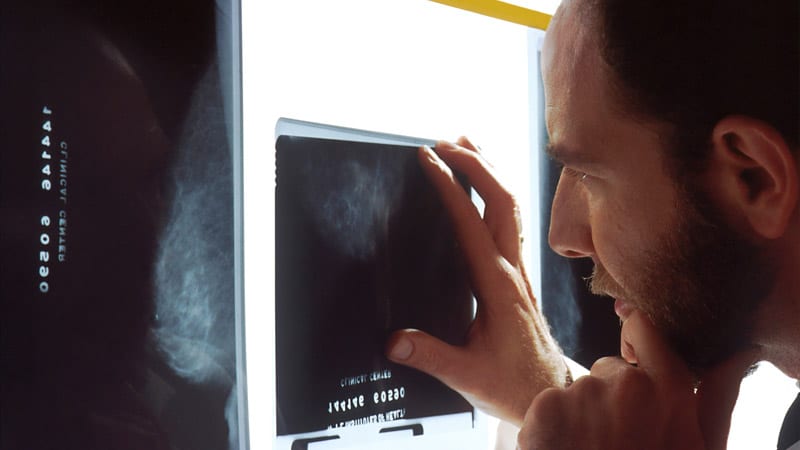 The advice given by medical professionals is essential to our well-being. On the occasions when medical staff get it wrong, it can have a devastating impact on the quality of your life and the long-term consequences for your health. If you have suffered the misfortune of a medical misdiagnosis, you may be eligible to make a claim for compensation.

From a medical negligence perspective, misdiagnosis of cancer, in particular, tends to arise in two primary contexts: (i) routine screening as part of a national screening program and (ii) misdiagnosis following attendance at a medical practitioner following manifestation of a particular symptom or concern.

We act in many cases where there has been a failure to properly diagnose cancer as a result. In the case of breast cancer and cervical cancer this can necessitate more aggressive treatment than would otherwise have been necessary, including unnecessary mastectomy, chemotherapy, and radiotherapy for example, and generally resulting in increased morbidity.

This has come to national attention in particular as a result of systemic failure in a national screening program, where there has been large scale misdiagnosis. A woman may have gone for, or been called for, a routine screening. Then, their results would have been sent to a laboratory, and they would have received a response back to the effect that everything was okay.

In the case of Breast Check, there should be a multi-disciplinary approach involving a three-step procedure including ultrasound, fine needle aspiration and biopsy. A failure to follow the procedure correctly can result in a failure to diagnose the malignancy.

In most cases involving cancer misdiagnosis, the medical negligence aspect of the matter is concerned with the question of the prejudice suffered by the patient as a result of the continued advancement of the disease up until a proper diagnosis result is actually made correctly.

Misdiagnosis following attendance with a GP or medical practitioner

In addition to routine screening as part of public health programmes, one can also have the situation where a woman goes to the doctor with a particular symptom or concern, for instance going to see your GP after discovering a lump. We have acted in many cases where women were referred to a hospital, an ultrasound was done, and they were told that everything was fine. Then on subsequent screening or investigation, they found out that they had cancer and that it had since become significantly advanced in the meantime, and should certainly have been picked up had the proper test been done when they first sought medical help on the issue.

Typically in these cases, the patient has discovered a symptom and has a concern and is worried, and goes to their GP, who refers them to the appropriate service. So the first question is, whether or not the GP takes the necessary action and makes the necessary referral. The question of what initial action should be taken by the GP is, of course, itself a medical one that will depend on a variety of criteria including the circumstances presented, the age of the woman etc. in order to determine the appropriate mode of treatment. But the first question that arises is what action was taken by the GP following the initial consultation and examination.

The next question to consider will be the action of the screening service to which the patient was referred. For instance, in a breast cancer context, an ultrasound alone may not be sufficient and we have seen many cases where an ultrasound is clear but there was a lump and the failure to refer the lump on for future investigation meant that an opportunity for an earlier diagnosis and treatment of the cancer was missed at a crucial point.

Other common areas where medical misdiagnosis can arise

Another area in which misdiagnosis can arise is on a colonoscopy or investigative procedure where for instance a polyp is detected but isn’t appropriately actioned, or where a consultant who performs a colonoscopy writes to the GP and advises that there should be a follow-up review, but the patient is never made aware of that advice by the GP and the consultant doesn’t communicate with the patient directly.

Misdiagnosis can also arise in areas of medical practice other than cancer treatment. For instance, if a GP ran bloods, and there was a marker that showed there was a clear renal malfunction, but it wasn’t picked up on and the patient wasn’t sent for testing, the failure to treat the renal failure early may result in a patient having undergone regular dialysis earlier than they might otherwise have had to, if at all.

Misdiagnosis issues can also arise following attendance at A&E. For instance, a patient may attend A&E with certain symptoms, be given a clean bill of health at the emergency department and are then released and suffer a significant injury, whether it’s coronary or neurological, in the form of a stroke or bleed to the brain in circumstances where proper CT scans and other investigations of that nature were not carried out when they should have been. Failure to properly investigate deep vein thrombosis would be another example of this.

In the context of misdiagnosis, one has to always bear in mind that in all cases in medical negligence, even if you establish liability you then also have to be able to show causation, i.e. if there is negligence you then have to show that the negligence caused the damaged complained of and that it wouldn’t have happened anyway or for some other unconnected reason. This often comes down to how long there is between the actual misdiagnosis and the correct diagnosis, and whether or not you can show on the balance of probabilities that there would have been a better outcome had there been an earlier intervention.

For example, in the case of breast cancer that’s not picked up on quickly enough resulting in mastectomy, you will have to get an expert in breast surgery and oncology to give an opinion as to whether they could have avoided mastectomy, whether for example a lumpectomy could have been proceeded with instead or surgery avoided altogether. Similarly, an expert medical opinion will be needed to confirm whether chemotherapy or radiotherapy could have been avoided and what the increase in morbidity would have been as a result of the treatment required at the stage at which the cancer was ultimately diagnosed versus what might have been possible had it been diagnosed when it should have been. The medical opinion will need to be able to state with reasonable certainty whether the cancer would have been of a lesser stage if caught earlier, and then calculate the difference in survival rate as a result based on morbidity tables.

So, you have two separate things to consider, which arise in all aspects of medical negligence, whereby you have to establish whether there was negligence in the first instance, and then consider the question of causation and what implications any negligent misdiagnosis might have had in terms of the patient’s ultimate prognosis.

In other words, irrespective of how negligent the medical treatment was, unless you can actually show causation on top of that, you don’t have a case.

With more than 30 years of experience in dealing with medical misdiagnosis claims, McCarthy + Co. has expertise in a wide variety of fields relating to negligence and personal injury, including medical misdiagnosis cases. We are a family-run business, and we pride ourselves on offering honest, impartial and helpful advice.

Our offices are based in Dublin and Cork but we work with clients throughout Ireland in locations ranging from Galway to Waterford. You can count on us for legal advice, guidance and assistance on any form of personal injury including fracture compensation claims.

I have every reason to thank all in the office of McCarthy + Co. They dealt with a difficult case and made the process as simple and easy as possible. Special thanks to Anne Marie in the office for her courtesy and efficiency. Should I ever need to I wouldn’t hesitate to use the company again.

Read more verified reviews about us on Trustpilot.

If you’ve been unfortunate enough to experience medical misdiagnosis, get in contact with our medical negligence solicitors today to make a start on your claim. Call us on 1800 390 555 and an experienced member of staff will discuss your situation and potential next steps. You can also email on info@mccarthy.ie and we will get back to you as soon as we can.

Our book A Patient’s Guide to Bringing a Medical Negligence Claim is essential reading if you are considering a claim. The book was written by John McCarthy, our head litigation lawyer, and it provides you with all the information you need to understand what is involved in bringing a medical negligence claim as well as answering many of the frequently asked questions on the subject. After you have read through the book you’ll be in a great place to understand whether you could claim compensation.

To get your free copy of the book right now for immediate download, just leave your details in the form.

Get Your Free Guide to Bringing a Medical Negligence Claim