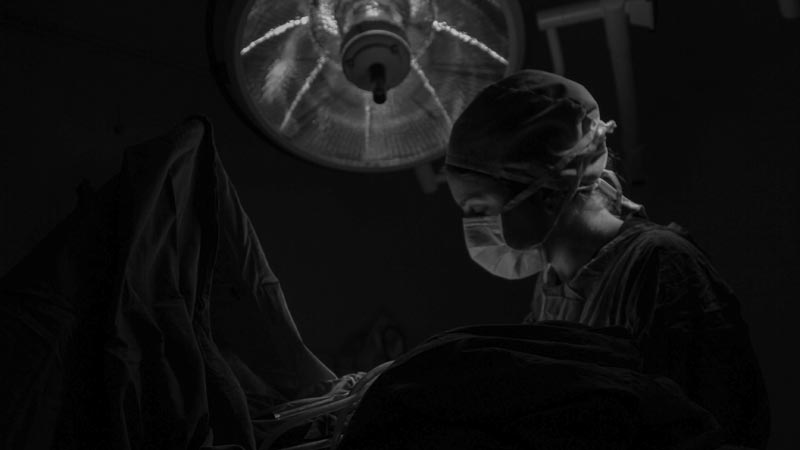 As one of the most common reasons for taking a medical negligence action, errors that occur during surgery can incorporate anything from foreign objects being left inside the body to the wrong body part being operated on. Another particularly traumatic incident that can also fall under this category is waking up during surgery.

But if the outcome of the operation is a success, is it still possible for a patient to sue a hospital for medical negligence if they have woken up during the course of a surgical procedure? The simple answer is yes.

However, as with any other medical negligence claim, there are certain criteria that must be met, which is what we will cover in this blog.

I woke up during surgery and I feel I have a case – what is my first course of action?

If you feel you may have a strong medical negligence case after waking up during an operation, the first step to take is the same as with any other potential claim: contact a medical negligence solicitor to go through your case and establish its viability.

With this particular subject matter, the same principle would apply as with any other situation where you suspect that you have been subject to substandard medical treatment. This means that you would have to prove that, on the balance of probabilities, there was some actionable breach of duty which gave rise to the incident occurring.

For example, it would be very likely that if you woke up during surgery it was because of a failure to properly administer and maintain the appropriate level of anaesthetic. This would point to the possibility that the anaesthetist or some other medical professional did not do their job properly. However, proof will be needed to validate these assertions and to base your claim.

A solicitor will go through every detail of your case with you and begin to build a bank of evidence with the help of your personal account and your medical records, which will help to either substantiate or rule out a potential claim.

Can I make such a claim in the case of a caesarean section, which is typically carried out when the patient is awake?

Yes, you can. We have seen instances such as this which revolve around anaesthesia, where the anaesthetic was incorrectly administered and as a result the patient felt the pain of the procedure throughout. Understandably, such an occurrence can have massive psychological trauma, giving rise to conditions such as PTSD that can have a drastically negative impact on the everyday life of the claimant lasting for years after the substandard procedure was undertaken.

On such occasions, it is very possible that the individual may have a strong basis to seek compensation.

In what instances is a claim like this likely to be unsuccessful?

The success of any medical negligence case is dependent on having strong expert evidence to back up your claim. It can be a tricky landscape to navigate.

If the incident happened because of an out-of-the-ordinary occurrence that simply cannot be explained, or a recognised complication that is very rare but is nobody’s fault, this will not give rise to a claim in damages.

You must also be able to causation in addition to negligence. Essentially, if someone is profoundly negligent but they’re lucky enough that their poor treatment doesn’t cause any injuries, you won’t be able to take a case against them, even if their negligence is glaring.

Likewise, if something terrible happens to you, which is so out of the ordinary that the only plausible explanation is that it was someone’s fault, you can’t even allege negligence unless you can show that on the balance of probabilities – i.e. with a likelihood of 50 percent or more – that it was as a result of somebody’s negligent actions.

That is your burden to prove, irrespective of how unusual your circumstances are. If there is any discrepancy or doubt about whether or not what was caused was due to the negligence of one or more medical practitioners such that you would not be able to establish causation on the balance of probabilities, your case would not be sustainable.

The importance of consulting a medical negligence solicitor

Waking up during surgery is a traumatic event that is likely to cause long-term emotional suffering. Unfortunately, however, just because you’ve had a horrible experience in and of itself, this does not mean that you are entitled to be compensated. You must first show that the harmful event arose as a result of substandard care.

This is why it is crucial to consult a solicitor who specialises in the area of medical negligence. Not only will they help you to ascertain the viability of your case, but they will guide you through the process every step of the way.

A long-established family firm of solicitors with offices in Dublin and Cork, McCarthy + Co. Solicitors provide personalised medical negligence and personal injury services to our clients. If you have suffered as a result of an operation or procedure that went wrong in a hospital or clinic, contact us today. We’re ready to talk to you about what happened and advise if you can proceed with a claim.

Post by John McCarthy
John McCarthy specialises in personal injury and medical negligence claims. His practice focuses on high-value compensation cases. John qualified as a solicitor in 2003 and holds a diploma in civil litigation. This specialist qualification in the area of personal injury and medical negligence litigation, is awarded by the Law Society of Ireland.
@https://twitter.com/ClonSolicitor
Previous Post What Are The Most Common Types of Medical Negligence Claims?
Next Post A Follow-up Review of Failures with Zimmer Biomet’s NexGen Knee Replacement Implants Could Lead to Further Lawsuits