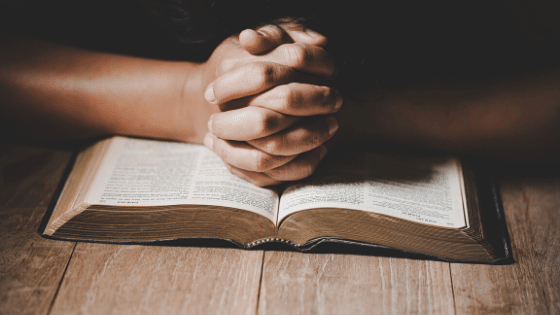 (Don’t answer that by the way, it is, for the avoidance of any doubt, a rhetorical question!)

But it’s a pretty personal question, isn’t it? In fact, it’s one that I wouldn’t feel comfortable asking, or answering, in normal social interactions. It’s intrusive and potentially embarrassing and nobody else’s business but your own.

And yet, as solicitors we find ourselves having to ask people this question all the time.

How can that be acceptable?

I’ve had interesting feedback since launching the campaign seeking to make the change to a secular Statement of Truth to replace faith-based oaths in affidavits urgent in the context of the current pandemic, given that it is now essential that we have the capacity to have affidavits completed remotely, which is impossible in the case of oaths, which must be sworn in person.

Most of that feedback has been overwhelmingly positive, this is one of the few cases where that dreadful phrase, ‘no-brainer’, actually seems fitting.

Though I’ve had some pushback too. One of the responses that I’ve had is that we don’t need this change as you can just affirm (which means to make an affidavit by a non-religious affirmation rather than by swearing an oath).

But of course, that the whole point, you can’t.

At least you can’t just affirm.

If you are a person of religious faith and you need to complete an affidavit you must swear an oath in accordance with the requirements of your faith.

Only if you are a person with no religious faith, or your faith prohibits the swearing of oaths, can you choose the option of affirming?

At it’s most benign, this is just bonkers and mildly amusing. Viewed with more seriousness it’s an outrage.

When I consider this from my own perspective, if I am required to make a deposition on affidavit (as the deponent – the person making the affidavit itself – as I am regularly required to do) I find it prompts awkward and uncomfortable considerations that I don’t really want, or need, to have to confront in the preparation of a routine legal document.

The key point, surely, is whether the contents of the document are true or not.

And of that, I have no doubt.

However, on the broader question of faith I am riddled with doubt and really don’t want to be asked to have to choose whether I wish to swear on the Bible, if, indeed, I have any choice in the matter at all.

My own relationship with faith has been deeply ambiguous since my teenage years. I was born and grew up what I can only describe as a typical Irish Catholic family of my time. We were not especially religious but we went to Mass every Sunday and were traditionally observant. As a teenager, I rejected all of that.

Later I had the good fortune to marry someone nicer and better than myself. We got married in a Catholic church, all of our children have received all of the sacraments and we still go to Mass every Sunday, even though these days it’s online.

But if you were to ask me if I believe in God, I don’t know what I would tell you. If I were inclined to answer your question. I suppose in many ways I am playing a version of Pascal’s Wager, which works on the premise that you’ve more to lose in the long run by playing along and dying to find there isn’t a God than by not doing so and dying to find out that there is one after all!

Either way, it’s nobody’s business but mine.

And I shouldn’t have to get into it with anyone (or myself for that matter) when completing a document or giving evidence in the course of the administration of justice in a democratic republic.

And neither should you.

And whatever my belief on the question of the great hereafter, I doth say and verily believe that that is the real and important reason why we need to introduce a secular Statement of Truth for completion of affidavits in this country.

And I doth further say and believe that it is now urgent to enable us to have these documents completed remotely, in order to keep all of us, including our staff and our great clients just like you that we have the privilege to serve, safe from otherwise unnecessary meetings with multiple third parties in the current pandemic.

If you agree with me, I humbly pray that you grant my petition

And, if you haven’t already done so, please sign it here.

If you’d like more information on this before considering whether to support the petition, you can read my earlier blog post on it here. (The content is largely the same as that on the petition page itself, but the blog post provides you with links to the Law Reform Commission Report on the matter from 1990 and the Heads of Bill published in 2017 if you’re interested in looking at these in more detail.)

Post by Flor McCarthy
Flor McCarthy is one of Ireland’s leading lawyers, certified by the Law Society of Ireland in Data Protection Practice. Flor has extensive expertise and hands-on practical experience in privacy, data protection and GDPR issues for marketers. He was chosen as Munster Solicitor of the Year at the Irish Law Awards in 2018.
@https://twitter.com/flormccarthy
Previous Post Something That Might Help With Lockdown
Next Post The New Normal